YOLO, so LOTO. Our lockout tagout posters are designed to catch the eye, increase retention and improve safety. That's our hope anyway. So get your unique 12x18 poster today! 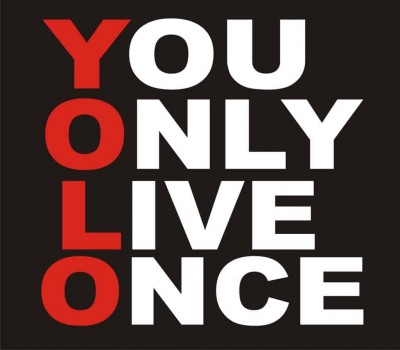 LOTO: Lockout Tagout. Additionally, there is a popular acronym going around, perhaps you've heard it or even used it: YOLO. It stands for you only live once and is most often used to justify doing something risky, wild or out of your comfort zone. As one person so eloquently put it, YOLO simply means "carpe diem" (seize the day) for stupid people. While we aren't willing to take it that far, there is certainly cause for concern. Dangerous behavior abounds. Workers consistently do things they know they shouldn't; they ignore safety rules they know they should keep. And why? Because this pervading YOLO-mentality exists. We are too worried about saving time and money. And, when it gets right down to it, we think we are invincible.

We see this across all areas of operations, but lockout tagout is certainly one of them. It is, perhaps, one of the most often ignored safety rules. In fact, it recently topped OSHA's list of most cited violations, landing in the number five spot. And it's made that safe top ten list the last several years. This is not a good thing. It means we are not learning our lesson. It means we continue to push boundaries and leave machinery energized, assuming that doing so will not harm us or anyone else. And yet it is harming people, day in and day out. And in some cases it is leading to loss of fingers, limbs, even lives.

So yes, the phrase is right: YOLO, you do only live once, which is why it is more important than ever to lockout and tagout your machines. Because you never know when the failure to do so will end up in disaster. YODO. You only die once too.

Our mission statement is to make safety training easy and affordable, and to invite companies everywhere to stop doing things the hard way and, instead, start doing them the Hard Hat Training way!