In the news this week, an excavator in Driggs, ID, hit a power line, causing a fire that burned at least two cars and a nearby business.

The excavator was digging a trench along Main Street in Driggs, when it hit the live power line, which sparked and fell on the cars below. The cars, in turn, burst into flames and started a neighboring hair salon on fire as well. The owner evacuated the salon and called 911. The electric company cut the power, allowing fire crews to bring the fire under control. However, the fire caused a widespread power outage in the area and also diverted traffic to a nearby highway. 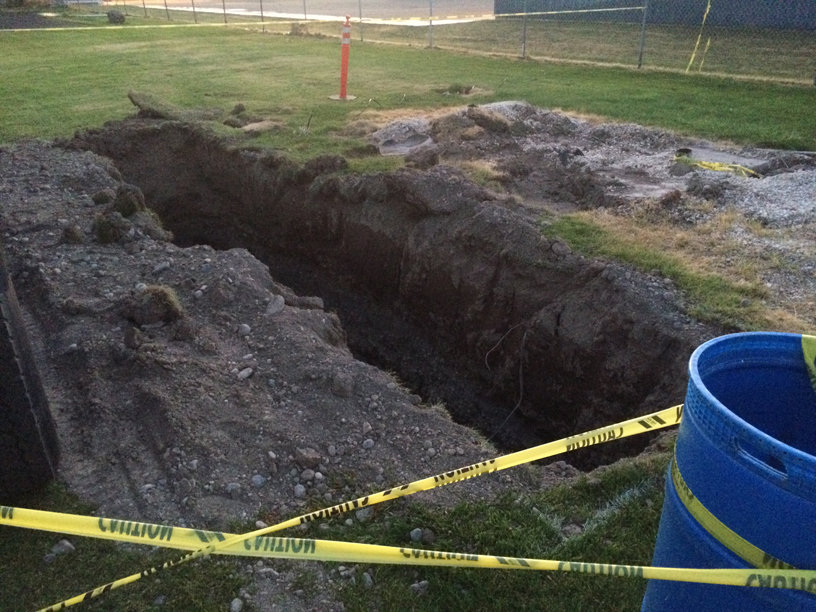 The excavator operators could have taken several actions to prevent this accident. While we were not there and speak from a 20/20 hind site, it does seem that power in the area should have been cut while the excavator was working.  Additionally, there seems to have been no qualified person on the ground watching for potential hazards. Taking a little extra time to prepare for potential hazards before beginning a project can often save the drain on time and money such an accident causes.

Thankfully, no injuries were reported due to this accident. We commend the Teton County Sheriff's Office and Teton County Fire crews for their quick actions.

Lab Safety: Common Issues and How to Avoid Them

Lawn Mower- What You Should Know

"Stop training the hard way. Do it the Hard Hat Training way instead!"
Making training easy and affordable.
Contact UsReturnsTerms of UseAbout Us
VideosCareersPIOSHCatalog